If you wish to protest, this would be the time. (HERE is a link to what you can do, scroll down to the bottom of the page.)

This series of tree-cuttings is part of the Tennis Court/ Playground project, which we protested. This is the one where all the community discussions mentioned 10 or 11 tree removals, and it was not until June 2012, after all the workshops were over that SF RPD revealed they intended to cut down 70 trees over a much wider area than had been discussed at the workshops. Of these trees, only 1 is hazardous. The remainder have “poor suitability.”

That’s one. Here’s another. 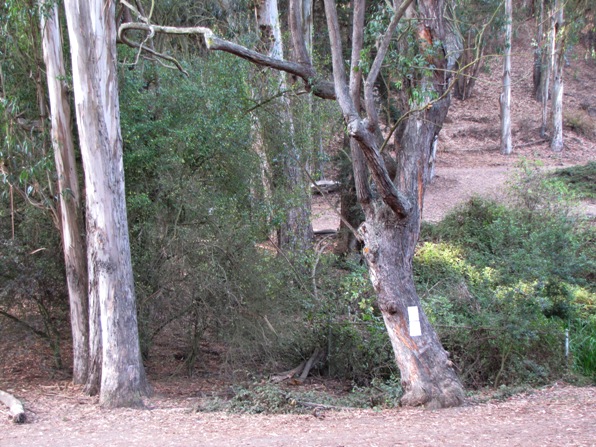 And another. (Actually, two – the slanting tree on the right, which kids would love to clamber on – that’s going too.) Sadly, there will be more.  [Edited to Add: There already are. CLICK HERE to see more trees you can help to save.] 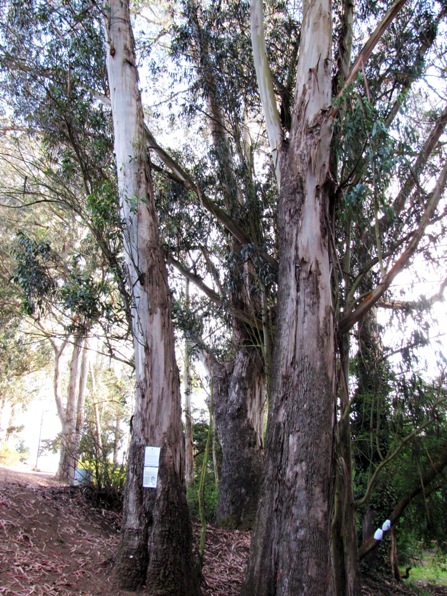 SF RPD say they’ll plant 163 trees. They’ve mentioned a few varieties, but there’s no clear indication of how many of what will go where.

1 Response to Glen Canyon Park: These Trees are Targets (Photos)